2. Reference Checking is Only a Compliance Activity

In the United States, if an employer fails to do a proper reference check of a potential employee, the employer may be guilty of negligent hiring if the new employee causes harm to others (Gusdorf, 2008; Igwebuike & Isaac, 2014).

Recently, the largest verdict in American history in negligent hiring was delivered, ordering an employer to pay more than $1 billion for the murder of an elderly woman who was killed by a service technician in her home (Ars Technica, 2022; NBC News, 2022; XpertHR, 2022). According to the plaintiff's attorneys, a routine reference check would have revealed that the service technician had a work history of harassment and falsifying documents. Had a proper reference check been conducted, the attorneys' said it would have disqualified him from employment. Thus, reference checking is not just a compliance activity. It is a valid predictor of work performance and can also reduce the risk of hiring someone who harms others.

3. Reference Checks Are Useless Because the References Are Nominated by the Job Applicants Themselves

Job applicants who select their references are apt to choose raters who are likely to give the applicants’ the highest scores. Therefore, there is a question as to whether there will be enough variance in applicants’ scores received from applicant-selected observers to allow for meaningful prediction of performance criteria. To answer this question, Zimmerman et al. (2010) created a structured reference check which included measures of the personality constructs Conscientiousness and Emotional Stability. The results showed that although the job applicants chose their raters, there was still enough variance to allow for the structured reference check to be a valid predictor of work performance. 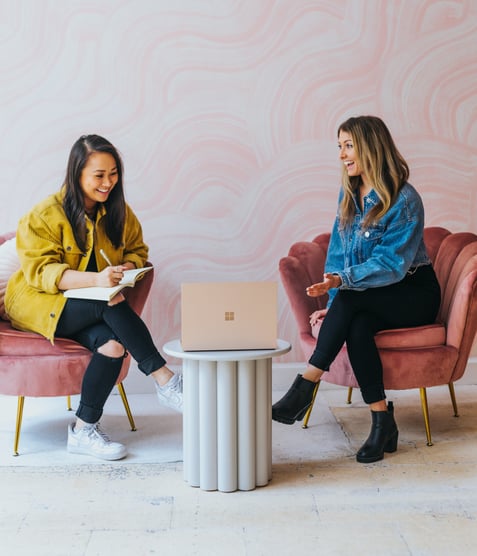 Meta-analyses have shown that observer ratings of personality outperform self-reported personality in predicting work performance (Connelly & Ones, 2010; Oh et al., 2011). Thus, the insights that can be gained from people who have observed an individual may be more useful than the information provided by the individual.

4. If You Need to Do Reference Checks, You Didn't Do a Good Enough Job Earlier in the Process

Since reference checking is the only aspect of a personnel selection procedure where someone other than the job applicants themselves provide information about their behaviour, reference checks can add information that helps recruiters paint a better picture of the applicants. For example, during a job interview, few applicants would say that they are usually late for work. Such information may only be gathered by contacting former employers and colleagues.

5. A Job Applicant's Behaviour in a Previous Organisation is Irrelevant Because the Organisational Contexts Differ

Meta-analyses have shown that measures of personality traits can be used to predict work performance (Ones et al., 2007) and other outcomes that organisations care about, including organisational commitment (Choi et al., 2015) and employee engagement (Young et al., 2018). A defining feature of personality traits is that they are stable (Boyd & Pennebaker, 2017; Briley & Tucker-Drob, 2014).

Personality differences between individuals contribute to the explanation of why one individual behaves differently from another individual in a comparable situation (Shweder, 1975). Thus, if you observe a group of people, their personalities will influence them to behave differently from each other, regardless of the organisational context. Because personality traits are stable, observer ratings of applicants’ personalities in previous organisations can be used to predict behaviours in other organisations.

We hope you found this article insightful! If you are interested in learning more about the potential of reference checking, visit Refapp, start a free trial or get in touch!

NBC New. (2022). Cable company ordered to pay over $7 billion in damages to family of Texas grandmother murdered by employee.